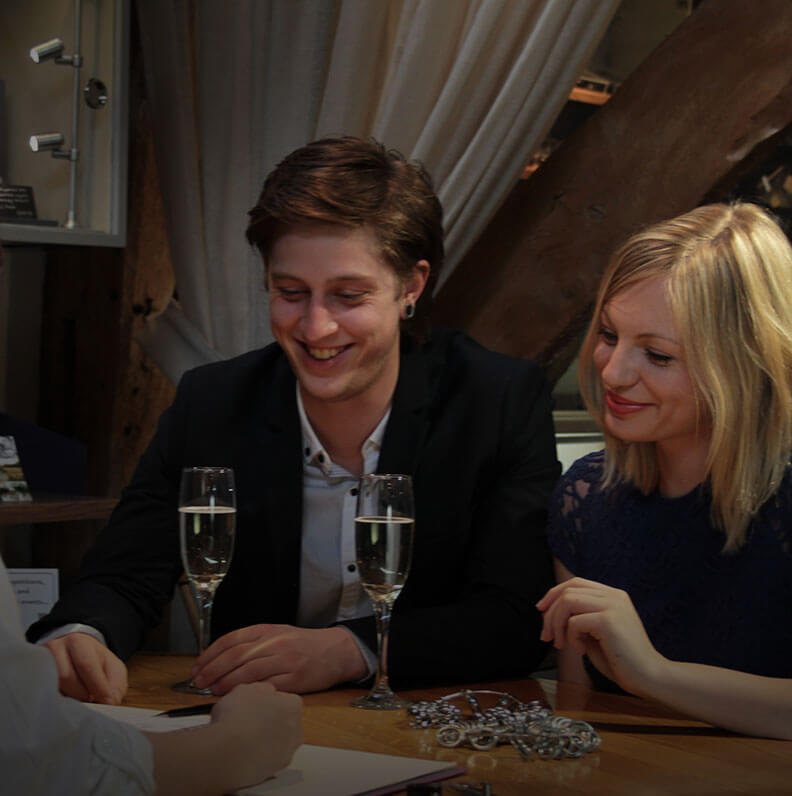 Celtic style is a decorative form or art that developed in Western Europe before the birth of Christ. It is characterised by swirling lines and curves, organic and abstract shapes and well balanced form. Symmetry is used though this is by no means necessary and the use of lines that interleave and weave around is one of the most recognisable stylistic traits.

Celtic art is art that derives from the Celts. This was a group of people that once populated much of Western Europe but, with the advance of the Roman empire, were gradually pushed back such that we end up with what is now known as the 'Celtic Fringe' including Wales, Scotland and Cornwall who's language still includes its Celtic ancestory.

A Celtic revival took place in the 19th Century and today people are increasingly interested in tracing their Celtic ancestory. We are often asked to design engagement rings and other jewellery using Celtic styles which bears testiment to this. Even if you can't trace your family lineage back to the ancient Celts, we can still include elements of this wonderful organic and flowing style into your engagement ring.