Garth and Janet had been married for many years and Janet had an engagement and wedding ring set which she loved. Her rings had become worn over the years and they both felt it was time to have them re-modelled. We spoke about what was so special about the existing rings and decided to create a new design that encapsulated the old rings but featuring some modern updates. The 0.21ct brilliant cut diamond had been set very low in the original ring so this time we decided to make more of a feature of the diamond by raising it in a palladium rub-over setting. It now stands a little higher than the rest of the ring and the flash of white metal against the original 18 carat yellow gold helps to highlight this beautiful stone. The twist detail around the diamond is very much modelled on the original design but this time the definition around the ends of the twists is much more prominent. We made the two new rings using the existing 18 carat yellow gold from Janet’s old rings as this was very important to her. Both Janet and Garth are very enthusiastic about traditional craftsmanship and things which are handmade so having their rings re-modelled in our Hertfordshire workshop by our team of goldsmiths really appealed to them. They had a bespoke book made with photographs showing the rings being worked on at different stages to commemorate this experience and they were thrilled with their finished rings. 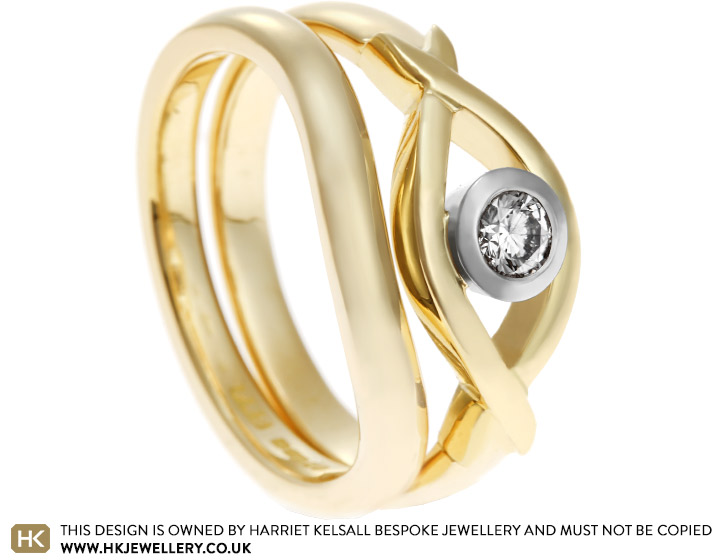