Today platinum has certainly taken its place as one of the popular options for engagement rings, wedding rings and eternity rings. Today the UK is the largest consumer of platinum in Europe and the fourth largest in the world! But what is it about this precious metal that makes it stand out from the crowd, and why should you be choosing it for your wedding jewellery?

If you are thinking about choosing to go the traditional route when picking your engagement ring and opting for a classic white diamond, platinum could be the perfect choice. It has a very crisp and modern feel to it which can make a very youthful and sleek design choice. Platinum has of course been used for thousands of years; however it wasn’t until 1735 that it was recognised as a chemical element and it wasn’t until 1975 that the British hallmark for platinum was introduced! Platinum is known for its ‘bright white’ silvery grey colour which compliments the fire of a diamond perfectly to give your engagement ring that ‘wow factor’. In fact when looking at antique engagement rings you will notice allot of them have platinum settings which emphasised the beauty of the gemstones.

Platinum is also a fantastic choice in terms of its practicality when worn on a daily basis. It makes a fantastic option for your wedding jewellery as not only is it a very hard metal it is also extremely resistant to tarnishing. Other precious metals can tarnish quite frequently when exposed to the atmosphere and chemicals. So it will be a relief to know that the jewellery you choose to wear everyday will not leave you with a continual battle against horrible looking black marks. It is definitely your ‘no fuss’ option when choosing your jewellery. Platinum is also chemically inert and will make the perfect choice for anyone concerned about allergies when choosing your engagement ring, wedding rings or eternity ring as it is hypoallergenic! 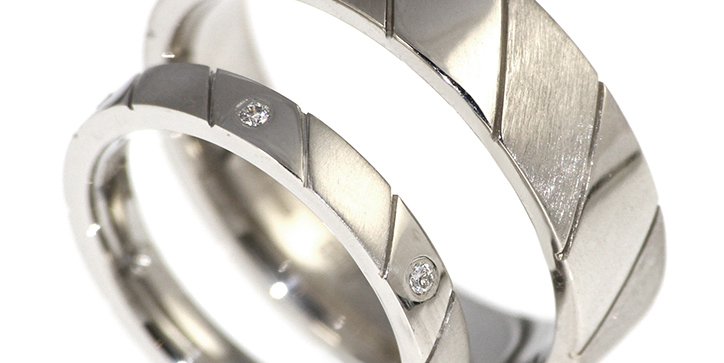 It is the rarest and most valuable of the precious metals and is usually produced as a 95% pure metal. In fact it is actually 35 times rarer than gold and there are ten gold mines to every single platinum mine! Platinum is sourced from minute deposits located in Alaska, Columbia, Peru, Australia, Sudbury (in Canada), South Africa and the rivers running for The Urals in Russia. It is more dense than gold, and is twice as dense as silver! Like the other precious metals platinum will of course show a little bit of wear over time. However the fantastic thing about platinum is that you do not loose any metal i.e. if your piece has a small scratch on it the metal has been simply been displaced slightly rather than lost… and it can be quite easily re-polished.

Of course its not only its tricky mining procedures that make it all the more illusive… platinum requires a temperature of 1,773 Degrees Celsius to be melted, something which technology did not allow for until the 1920s! Today platinum is considered an affordable luxury, and it will make a lovely investment in the future, especially if you are hoping to find a piece that can be passed down for generations as a family heirloom… it is certainly known to stand the test of time!