Amber is made from the fossilized resin of trees. Formed through the natural polymerisation of the original organic compounds. It starts as a resin which exudes from trees and slowly, its volatile oils evaporate. The resin would then harden to become amber. Most amber is in the range of 30 - 90 million years old.

In ancient Germany, amber was burned as incense and was called 'burnstein' or 'burn stone'.

The two main sources of amber are the Baltic region and the Dominican Republic. Amber is also mined in South America, the U.S. and Africa. Amber can be found washed up on many shores, including Denmark, Norway and England.

People fished for amber in the past. Now, amber can be found washed up on shores. In marshy regions or areas where the tides were unpredictable, amber was collected on horseback. Divers and fishermen would also loosen amber from the sea bed and collect it using nets. Amber can also be found buried deep in the earth in layers of lignite or clay mixed in with beds of sandstone. Other mining techniques included open pit operations where blue earth was scooped onto conveyors to rail cars. The cars were then emptied into a spray house where pressurised water flushes the amber from the soil.

With a hardness rating of 2.5 amber is very soft and can be easily scratched - it has a similar hardness to your fingernail, so any customer thinking about an amber engagement ring should consider whether they are prepared to take extra care of the ring as it would need to be protected from knocks, scratches, heat and chemicals like nail polish remover and alcohol. It should not be used in ultrasonic or steam cleaners. For these reasons it would not be an ideal choice to wear in an every day ring such as an engagement ring as it would be unlikely to last very long, however, surface scratches are fairly easy to polish out.

Amber is amorphous (has no crystalline structure) and it can range from yellow to orange but is also found in red, green (which is often heat treated yellow amber), blue, violet and black.

Amber will usually have inclusions of air bubbles, insects, pine needles, pollen or plant debris. Any clearly visible insect makes a piece of amber quite valuable. Insects mostly found in amber are gnats, flies, wasps, bees and ants. Occasionally, more exotic insects are found in amber, like grasshoppers, beetles, moths, termites and butterflies. Even a small lizard can be found trapped in a piece of amber. These are likely to be from the Dominican Republic.

Pressed amber (Ambroid) is made by fusing small bits of amber under heat and imitation amber can be made from plastic, glass, synthetic resin.

To identify real amber it will, if rubbed forcefully on a piece of wool, generate a static charge strong enough to pick up a small piece of ash. When warm enough, it will give off a unique odour. To test this you can heat the tip of a needle until it is glowing red, then touch the piece enough to release a whiff of smoke. If the smoke smells of fine incense, it is amber. If the smell is chemical, it is plastic. A piece of amber will float in a solution of heavily salted boiling water and most plastic imitations will sink.

Copal is very similar to, and can often be confused with Amber. It is difficult to distinguish between the two. Copal will shine whiter than amber but you would probably need several samples to see the difference.

Amber can be heated in oil for clarification and heated without oil to darken the colour. Inclusions called 'sun spangles' can be man-made by heating amber and then instantly quenching it in cool oil.

The most valuable amber are large, clean natural pieces. Amber from the Baltic is older and more valuable. Amber from the Dominican Republic is more likely to have insect inclusions, which are also considered extremely valuable.

Amber can be cut into cabochons, made into beads, carved and occasionally facetted, so you would have to consider this when thinking about including amber in an engagement ring.

Amber is suitable for carving but nothing too complex. The easiest way to carve amber is with a sharp carbide bur. A file can also be used. The amber must be kept cool - if it gets too hot, it is likely to crack.

Amber is said to help someone be joyful and happy - to lift the burdens of life. It is also thought to be a great protective talisman. Ancient Christians believed that amber were the tears shed by the birds at Christ's death. Amber was once believed to be the juice or essence of the setting sun, congealed in the sea and cast upon the shore. 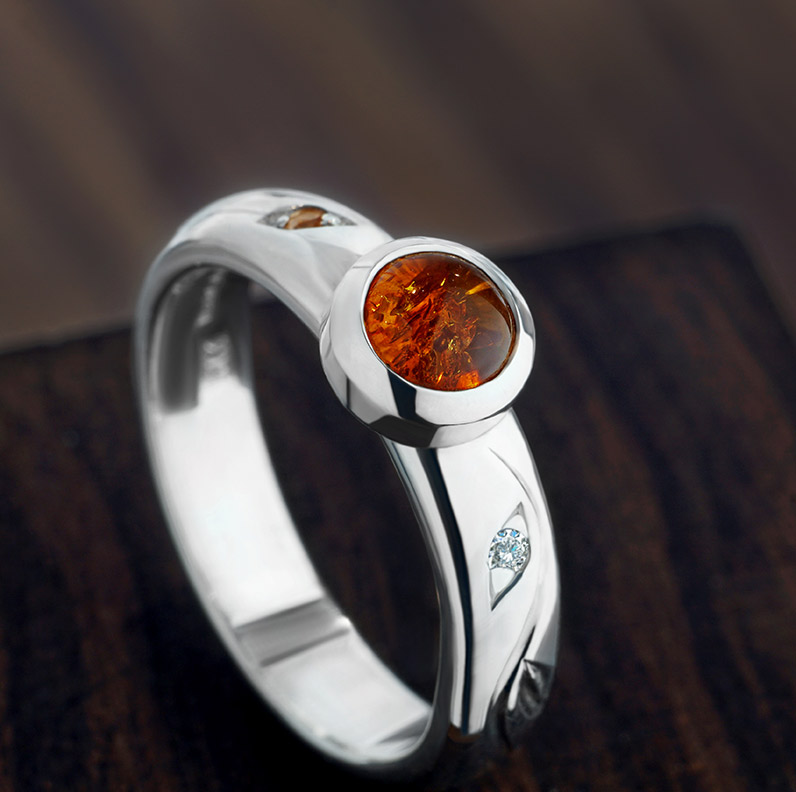 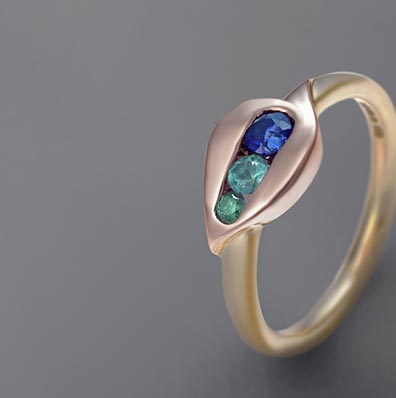 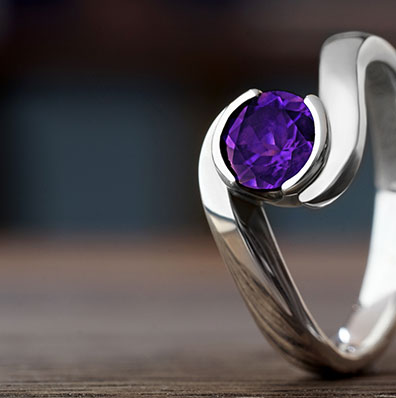 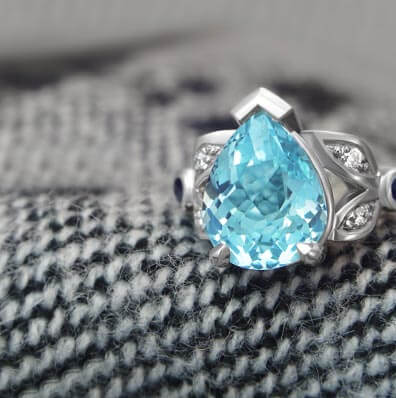 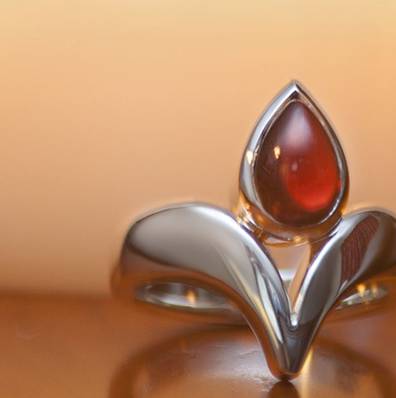 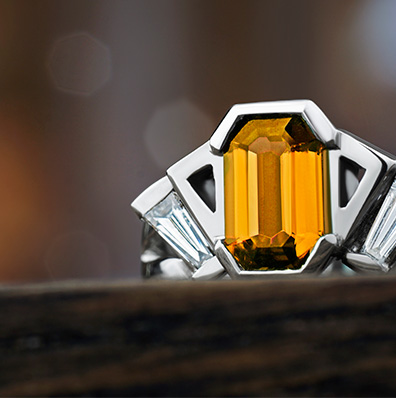 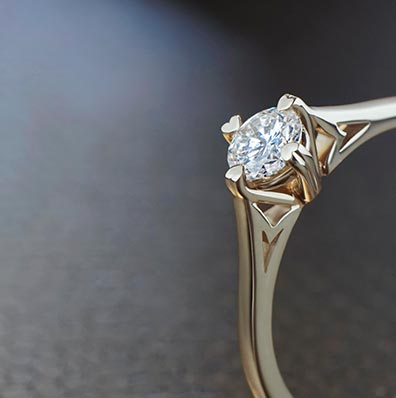 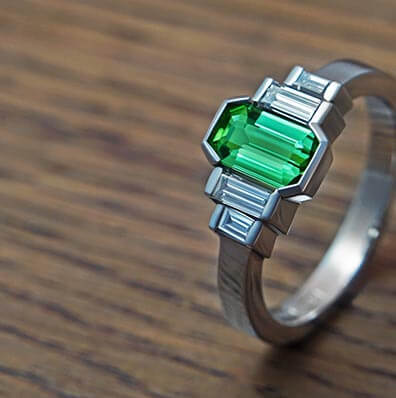 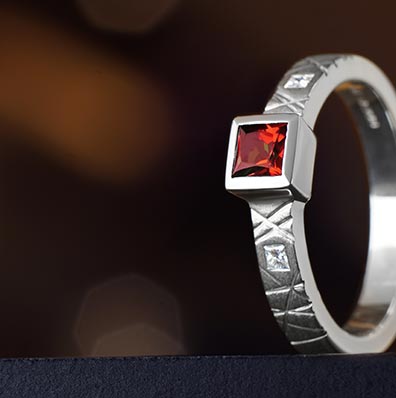 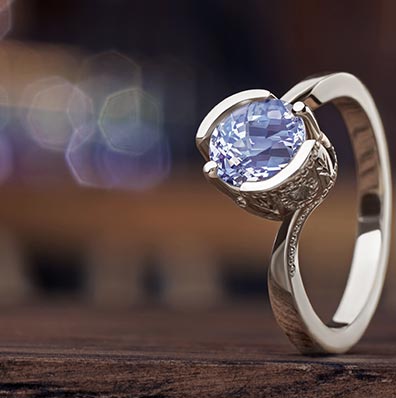 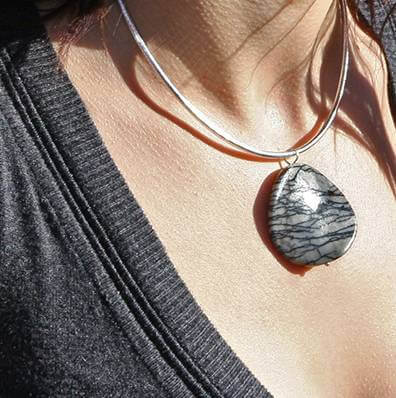 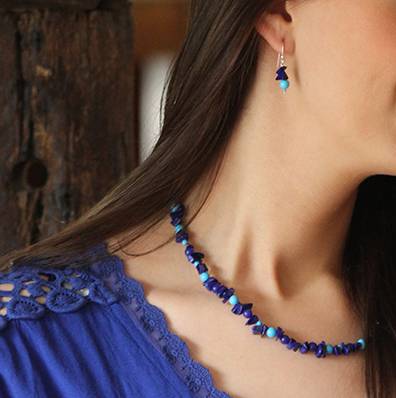 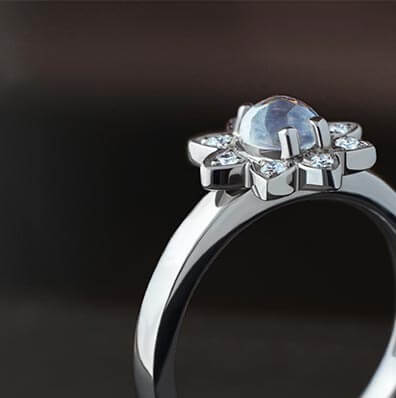 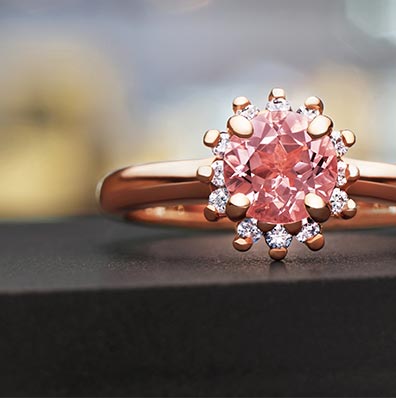 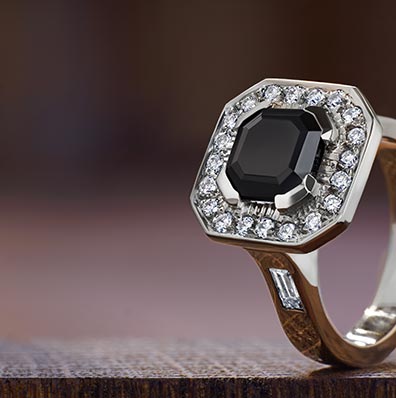 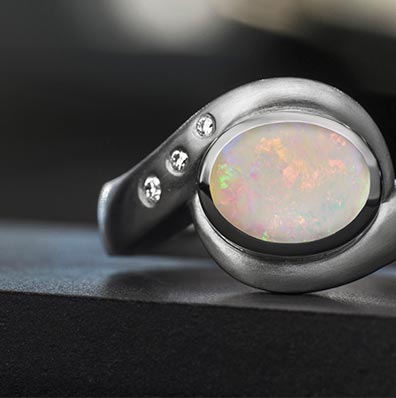 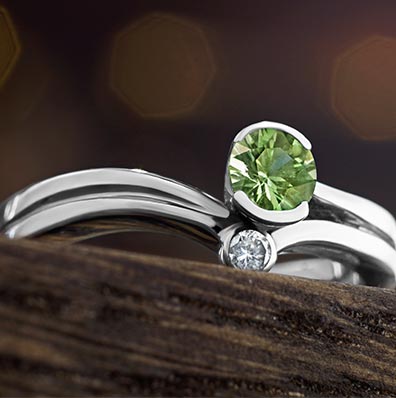 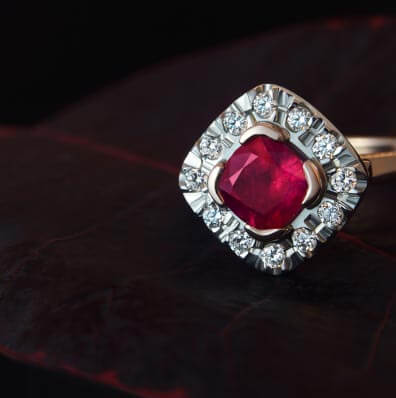 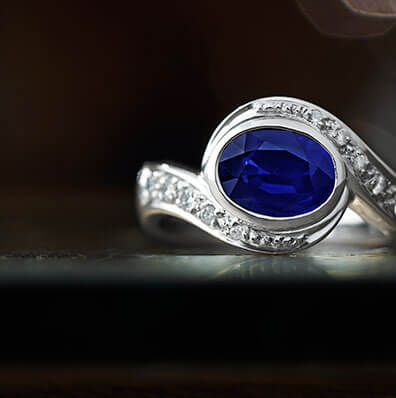 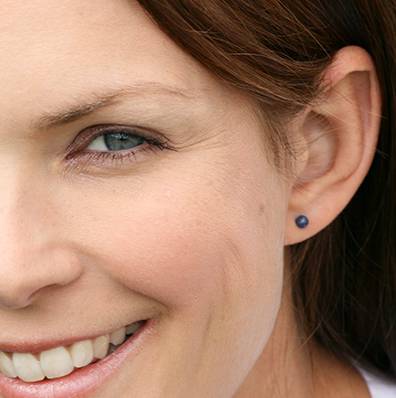 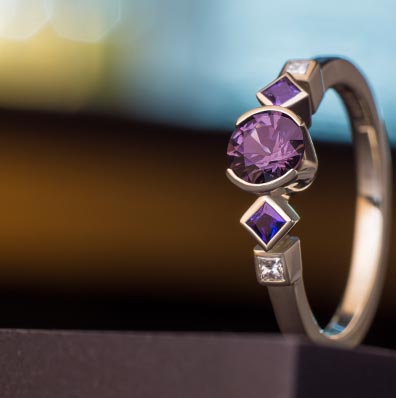 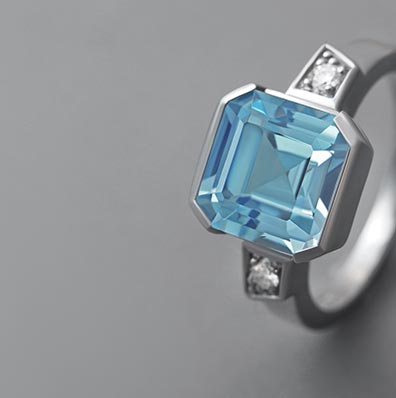 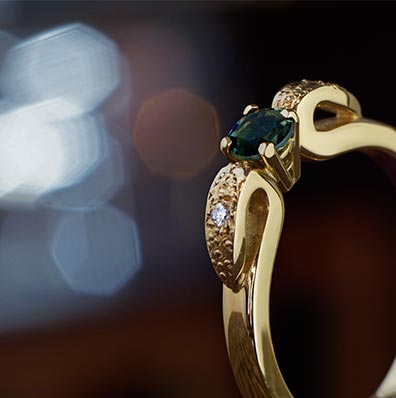 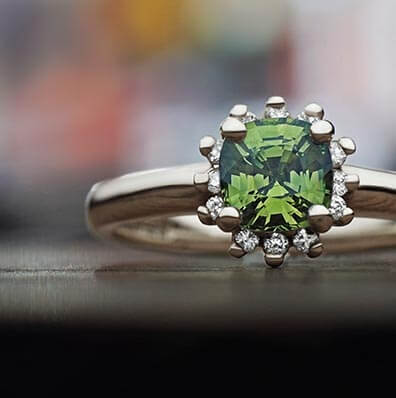 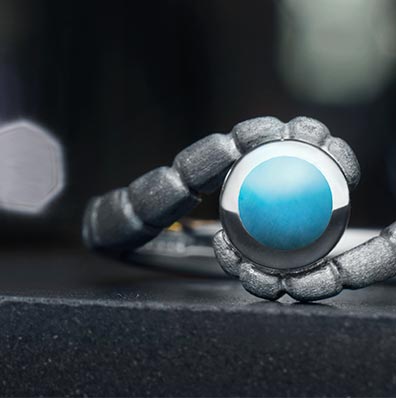 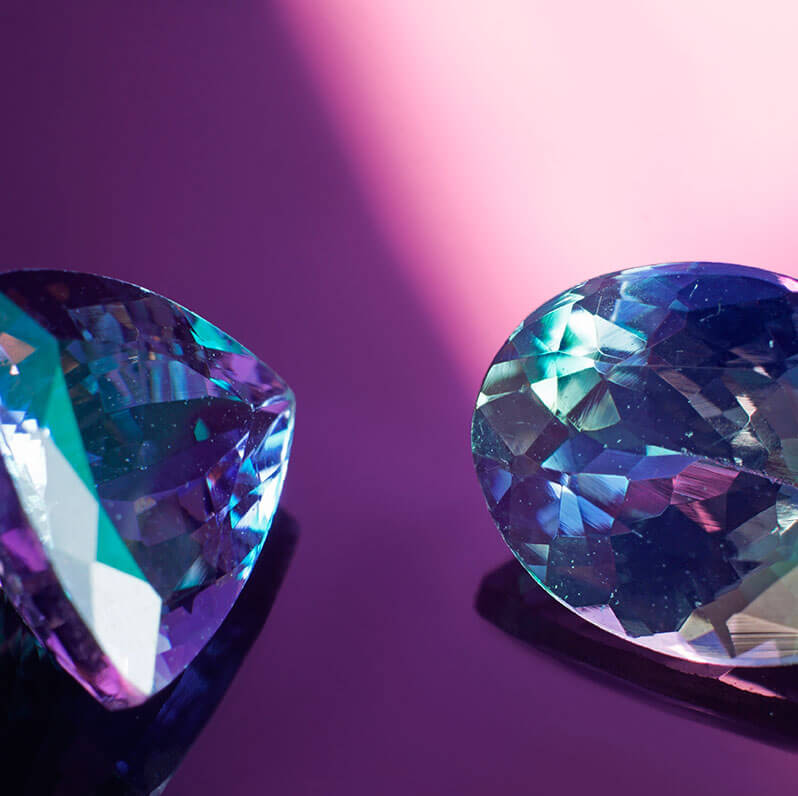