Sandra wanted a special gift for her sister, Rosalyn, who not only was expecting her first baby but also had a special birthday coming up. Rosalyn had a treasured necklace which she wore all the time when she was growing up but had been lost, so Sandra thought it would be nice to have echoes of this in the new piece we made her. She liked the idea of a locket as it would be able to hold pictures of the new baby, and for it to be much more substantial than average to reflect the size of the original pendant. I drew up several design options for her inspired by the pre-Raphaelite styled original that Sandra described to me and she chose this dreamy looking lady which our engraver reproduced perfectly entirely by hand. The background has been satinised to make the engraving stand out further. 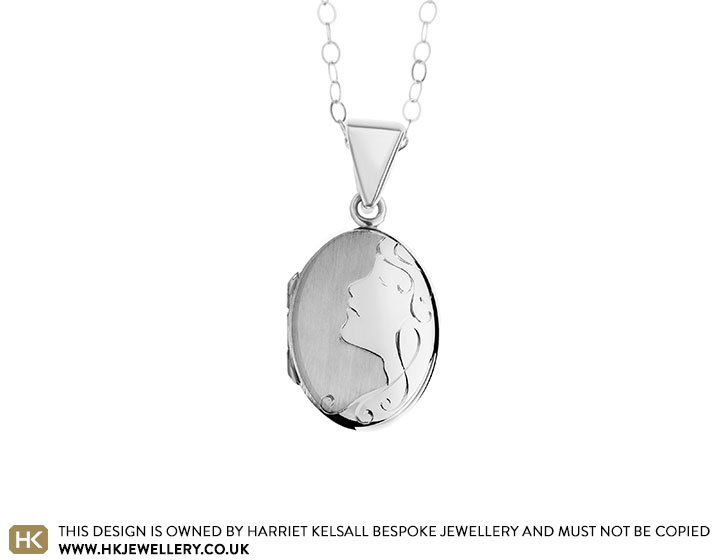