Justin wanted to create the perfect eternity ring for Erica intime for their silver anniversary. Erica loves being outside in the garden, inparicular she loves bluebell flowers so Justin wanted her ring to incorporated this particular fower. Justin and Erica have two daughters and he wanted to incorporate the girls birthstone to make the ring a complete family ring. We decided that it would be lovely to have a bluebell that represented each daughter with their birthstone, a small amount of yellow and rose gold was overlayed onto the stem of the ring to depict the beautiful engraving that travelled round the entire ring making this ring one of a kind. 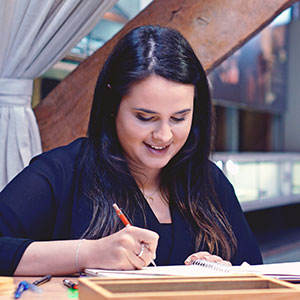 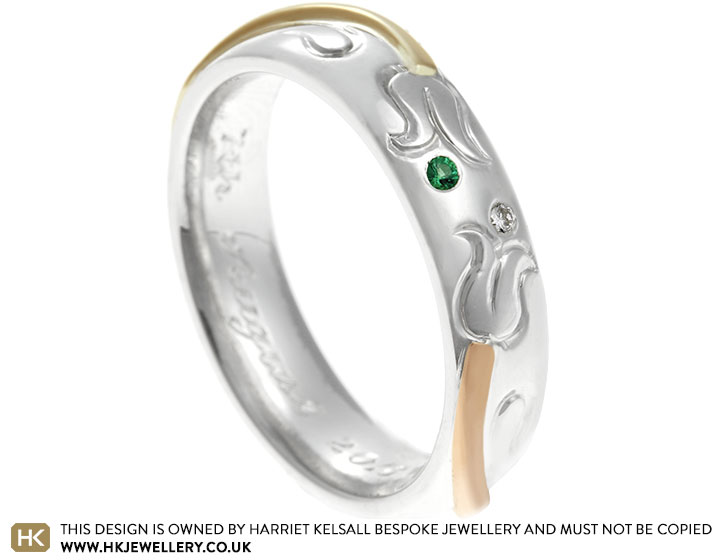