Fairtrade was the hot topic on the radio waves when Denz Fernandez chatted to Pam Mungroo on the BBC Cambridge Faith Show on Sunday. Cambridge became a Fairtrade city in 2004 and this status has to be renewed every two years. Well it’s that time again and Denz from The Leys School in Cambridge is steering the campaign ‘Who’s In My Basket’.

The campaign is trying to get a picture of how Fairtrade is supported in the city by individuals, organisations, churches, businesses, schools and cafes. The concept ‘Who's In My Basket’ is also encouraging anyone who isn’t using Fairtrade to reconsider. As Denz said on the show “There’s someone behind the growth of your crops. There’s someone behind the sewing of your shirt. What we’re trying to get people to do is think ‘what are you buying?’ Question your consumption. Who are the people behind your products?”

Denz brought a basket along to the BBC studio containing lots of Fairtrade goodies like chocolate, biscuits and nuts. Nestled amid the delicious treats was a Fairtrade gold wedding band from Harriet Kelsall Bespoke Jewellery. Up until that moment Pam Mungroo didn’t know that Fairtrade gold existed so Denz explained the importance of choosing Fairtrade gold over ‘standard’ gold to offer a lifeline to artisanal miners and their communities. Denz referred to the hazardous working conditions of small-scale miners and the use of toxic mercury and cyanide during the extraction process. However, the Fairtrade Standards impose strict requirements on working conditions, including the safe use of hazardous chemicals and for Fairtrade Gold, miners also receive a premium for their metal which they decide how to invest in their communities.

Faith groups in Cambridge and the surrounding areas are specifically being asked to help renew the city’s Fairtrade status so Denz talked about the topic of Fairtrade gold becoming part of marriage preparation classes to encourage couples to choose the metal for their wedding bands. The Chaplain at The Leys is now also exploring the use of Fairtrade communion wine.

It was great to hear Fairtrade campaigners gaining some air time to promote such a valuable message and thank you to Denz for such a lovely mention. If you’re celebrating Fairtrade in any way, whether you’re enjoying a coffee or your new wedding band, don’t forget to tweet your photo and use the hash tag #whosinmybasket.

If you’d like to catch up on the programme then you can tune in via this link: 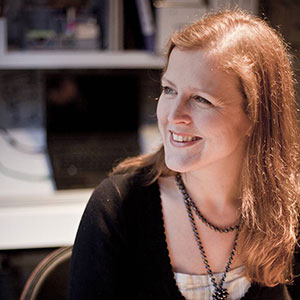