The cut of a gem doesn't actually refer to the shape of it (i.e. heart, or pear etc.) but rather the proportions of the stone, it's symmetry and polish. A poorly cut stone will not have the same luminosity and brilliance that a well cut stone has, so the importance of a good cutter is imperative.

The world famous Cullinan diamond, found in the Premier Diamond Mine in South Africa in 1905 by the superintendant of the mine Frederick Wells and weighing a whooping 3,106.75 carats (1.33 pounds) was studied by Joseph Asscher the eminent diamond cutter based in Amsterdam for six months before even attempting the first cut. He had to determine the best way to divide the stone keeping the pieces as large as possible, while avoiding the black inclusion in the centre of the stone and achieving maximum brilliance from each cut piece. 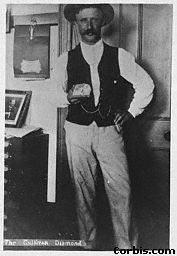 For that tense first challenge of cleaving the stone Joseph Asscher requested a doctor and nurse be present standing by, as he feared what might happen to his heart should he slip when cutting the $800,000 stone - a phenomenal amount of money at the time. With much drawing in of breath the first strike failed due to the cleavage blade breaking in the grove, but with the stone thankfully unharmed Joseph struck the blade again, this time splitting the stone successfully clean in two. Myth has it that when he did finally break the stone he passed out, but it is probably more likely a huge sigh of relief and a bottle of bubbly was enjoyed instead.

The diamond was a gift from the Transvaal government to King Edward VII for his 66th birthday, and was eventually cut into 9 large stones and 96 smaller stones, with 9.5 carats of stone left unpolished.

The image below shows the rough diamond now cleaved into nine pieces, each piece to be studied to find a shape which would maximise its qualities and brilliance. 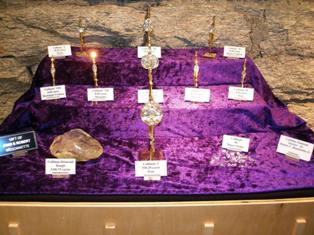 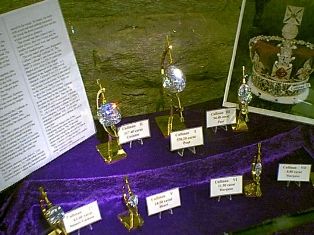 Cullinan I - The Great Star of Africa: is pear-shaped, and set in the Royal Scepter. It weighs 530.20 carats. 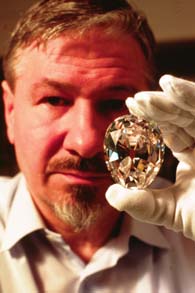 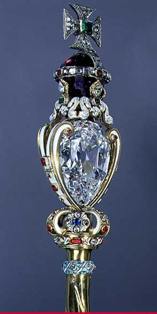 Cullinan II is cushion-cut, 2nd largest cut diamond in the world, is set in the Imperial State Crown It weighs 317.40 carats. 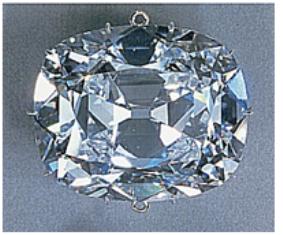 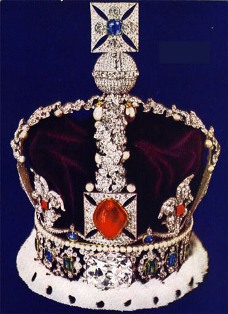 Cullinan III - Lesser stone of Africa another pear-shape, set in Queen Mary's Crown. The stone has been set in such a way that can be removed and worn with Cullinan IV. The stone weighs 94.40 carats. 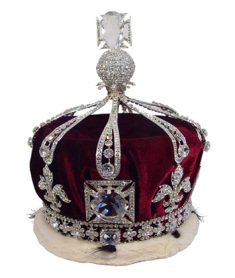 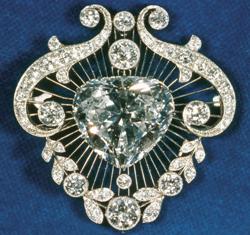 Cullinan VI marquise-cut, worn with Cullinan VIII as a brooch, and weighs 11.50 carats 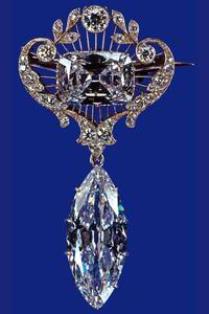 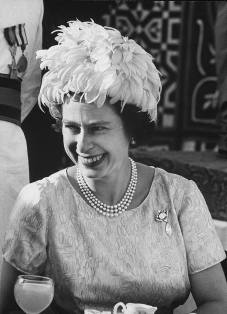 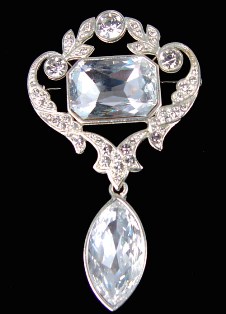 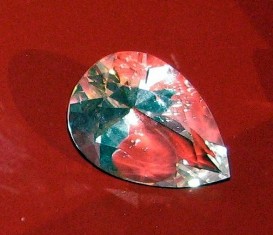