White metals are becoming increasingly popular; this may be due to their sought after silvery colouring, their classic and contemporary feel or because there are in fact several different white metals to choose from. From 9 carat or 18 carat white gold, palladium or platinum there is a white metal that will not only suit you but also your budget, as each have their own qualities and characteristics. Palladium, however, has soared in recent years, an unfamiliar metal but one that is ticking all the right boxes. So what is palladium? Why is it considered better than any other white metal? And why are so many men and women opting for their engagement and wedding rings to be made from it?

Palladium is a relatively new metal which  has been used within the jewellery industry since the 1940’s as an alternative to platinum. Palladium belongs to the same family of metal as platinum but is the softest and least dense, allowing palladium to be generally much more cost effective and leaving platinum almost twice the cost of palladium.

As palladium has a low density, the metal is much more malleable and easier to work with, similar to gold. When palladium becomes scratched or dented the metal becomes displaced and any marks can easily be removed, whereas when gold scratches and dents these markings can be set deeper into the surface of the metal, making them harder to remove.

Palladium has a natural silvery-white colouring - a similar colour to platinum. It has a dark gun metal grey appearance and it’s this stark colouring that makes it a popular choice for men’s wedding rings. Many jewellers rhodium plate their white gold jewellery to give it a whiter, brighter appearance-the natural colouring of palladium is so lustrous that no plating is needed and it can be left in its natural state.

All in all palladium is a great metal choice. It’s a durable, hard wearing material, it can be made into most designs, scratches can easily be removed and no plating is required. As it’s a relatively new metal it may not be as well know as gold or platinum but understanding its affordability and all around benefits makes palladium the perfect metal to opt for when purchasing a new item of jewellery. 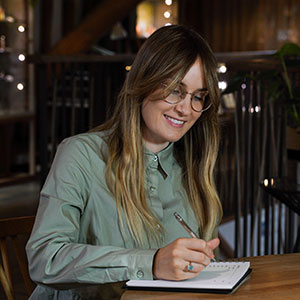 Francesca is a Senior Designer at our Cambridge Studio & Shop