I read an article about a stunning emerald ring which was found in a shipwreck just off the Florida Keys recently and was amazed to think that such a gorgeous piece of jewellery could just appear in almost pristine condition having spent all these years under the sea. The ring was discovered near the wreck of a Spanish ship Nostra Señora de Atocha that sank in a hurricane in 1622, taking some incredibly valuable items with it; it was transporting gold, silver, gems, jewellery, copper, indigo and tobacco. The estimated 10 carat emerald and 18ct yellow gold ring is beautifully engraved and shaped, and has been valued at half a million dollars. A few months ago a gold bar and a gold rosary were found near the same wreck and two silver spoons and a couple of other silver artifacts were also discovered with the emerald ring. When the ship sank only around half of the vast treasure could be recovered because of the lack of modern diving methods so the hunt is on to see what people can retrieve now! 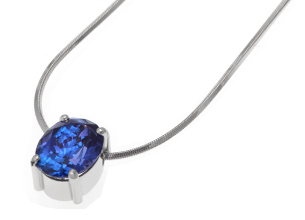 What I hadn’t realised was quite how often cargo ships used to sink – GPS is now even on mobile phones, so it’s difficult to believe that you could be anywhere in the world and not know where you are. When the Atocha sank, however, people still had no accurate way of gauging longitude and so any journey was made by more by guesswork and luck than anything else, and ships often grounded and were sunk when they came across land they just weren’t expecting to be there. There could be all sorts of treasures out there waiting for us to find!

Back on dry land, another even older artifact was discovered recently on a farm in Nottinghamshire. An amateur treasure hunter found a 1400 year old Anglo Saxon cross. The cross is believed to have been a pendant and is made in intricately twisted 18ct yellow gold and had five cabochon cut red gemstones set into it (although only three now remain). It is believed that the gold came from melted French Coins from the Merovingian kingdom, and the gemstones are garnets. It has been valued at around £25,000. The treasure hunter found the cross only a foot below the surface of the ground, using a metal detector. He is now entitled to keep half of its value after it was declared a treasure trove.

As soon as I saw the cross it reminded me of the exciting things that were found in the ship burial at Sutton Hoo – not surprising, really, since they are probably around the same age. The burial was excavated in 1939, and it is generally agreed to be one of the most magnificent archaeological finds in England due to its size and completeness, the quality and beauty of its contents, and for the light it has shed on the burial ritual itself. The excavation was initially sponsored by the landowner, but when it was realised quite how important the find was national experts took over. Some of the most significant artifacts from the ship burial are now displayed in the British Museum, and include the pieces which I was most fascinated by - a suite of metalwork dress fittings in gold and gems, which have been crafted extraordinarily well, especially considering when it was made. The person who was buried with them was obviously someone of huge importance and of great wealth, and so the pieces would have been the finest work of the time, but it is still almost incredible to see the detail that has gone into them… work which today would be done under magnification and in a well lit environment if nothing else! A lot of the jewellery making techniques themselves have changed very little since that time, but it is clear the amount of work which went into them. The glass and gemstones which have been cut to fit into some of the pieces have been shaped so precisely that they weren’t even ‘set’ as gemstones would be today – the friction of the close fit between the gem and the metal work holds them in place without any further help! The carved and pierced details in some of the other pieces might be a little extravagant for many people today, but they could easily be modified and simplified to inspire new designs… actually, perhaps I need to go and do some drawings… come and find me if you want us to make anything for you!