I've been looking into all things ethical for Harriet (and for my own interest) and thought other people might also like to find out a little more about who's who in the ethical jewellery community and what some of the acronyms which people might use mean. Anything in italics will be covered elsewhere in my list, as it's published. I've split my research so far across several blogs (as it's rather long!) so here we go with the next bit. 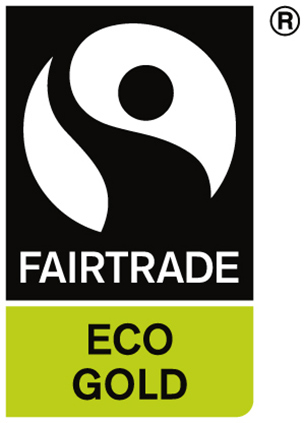 The Fairmined Mark ensures that the gold has been extracted and processed in a fair way and responsible manner. This means that the miners receive a fair price, eliminate child labour, ensure good health and safety practices, care for the environment and participate in the social development of their communities.

The Fairmined mark is used in conjunction with the Fairtrade mark on gold in recognition that the Fairtrade Foundation have worked so closely with ARM to produce the standards - they couldn't have got to where they are now without each other.

We have signed up to the Golden Rules (devised by the No Dirty Gold Campaign) which call on mining companies to meet the following basic standards in their operations.

Obtain the free, prior, and informed consent of affected communities.

Ensure that operations are not located in areas of armed or militarized conflict.

Ensure that projects do not force communities off their lands.

Ensure that projects are not located in protected areas, fragile ecosystems, or other areas of high conservation or ecological value.

Refrain from dumping mine wastes into the ocean, rivers, lakes, or streams.

Ensure that projects do not contaminate water, soil, or air with sulfuric acid drainage or other toxic chemicals.

Cover all costs of closing down and cleaning up mine sites.

Fully disclose information about social and environmental effects of projects.

Allow independent verification of the above.

Greg is a pioneer and has been foundational in the international development and realisation of fair trade jewellery and traceable supply chains from mine to retail. He initially started an ethical jewellery company and from this went on to being one of the founders of the Alliance for Responsible Mining. He cut ties with all three to allow him to work independently with the Fairtrade Foundation alongside ARM to prepare the UK and other international markets for the launch of Fairtrade/Fairmined Gold. He uses his background in human rights, anti-poverty and environmental campaigning and advocacy along with his knowledge of the jewellery industry to serve on the Fairtrade and Fairmined Gold technical committee helping to develop the standards for FT/FM Gold.

Similar to ARM (the Alliance for Responsible Mining) Initiative for Responsible Mining Assurance is a multi-sector effort which was launched in Vancouver, Canada, in June 2006. Its aim is to develop and establish a voluntary system to independently verify compliance with environmental, human rights and social standards for mining operations. Participants include mining companies, jewellery retailers, NGOs and trade associations.

The Kimberley Process Certification Scheme was created by the United Nations in 2002 and the scheme originated from a meeting of South African diamond producing states in 2000 in the town of Kimberley which is the capital of the Northern Cape in South Africa.

The scheme is designed to prevent conflict diamonds from entering legitimate jewellery supply chains, so we can know that the diamonds we're using aren't blood diamonds. Around 47 countries now adhere to the Kimberley Process including all member countries of the European Union.

Under the Kimberley Process, any country which is part of the scheme has to ensure that any diamond mining is strictly supervised and that diamonds in their rough and uncut and polished state can only be transferred between participating countries in tamper-proof containers and with proper documentation.

We use suppliers we've built up a relationship with over a number of years, and we know that they only use suppliers they trust. Together with the Kimberley Process this web of trust is a valuable safeguard in making sure the diamonds we use are sourced responsibly.

We expect customer's using their own diamonds to provide assurances that their stones are conflict free. See the page on our website for more details.

We're members of the National Association of Goldsmiths - established to look after the retail side of the jewellery industry, but they now allow goldsmiths to be members too. Their magazine is The Jeweller.

The campaign based in the US to pressure people within the gold industry to use more responsible methods of sourcing gold (Similar to the UK based Unearth Justice) They are asking people to sign up to their Golden Rules.

Oro Verde is an organisation based in the Chocó Bioregion of Colombia. The people involved are ASMs who have inherited their traditional mining techniques from their ancestors that ensure sustainable use of the resources of the lush, tropical rainforest they live in. Unlike some other ASMs they use no chemicals to extract the gold from its ore and as such this gold commands a slightly higher Fairtrade Premium than other Fairtrade gold. At the moment the fairly traded gold we use comes from Oro Verde.

This multi-national charity is supporting people in (among other places) the Democratic Republic of Congo who have been displaced by the conflict in this war-torn country, much of which has been fuelled by illegal trading in diamonds and therefore directly affects the miners there. Although Oxfam is not supporting diamond miners specifically they are doing extraordinary work in providing shelter, schooling for children and helping to prevent malnutrition for thousands of people, as well as helping to prevent further viol