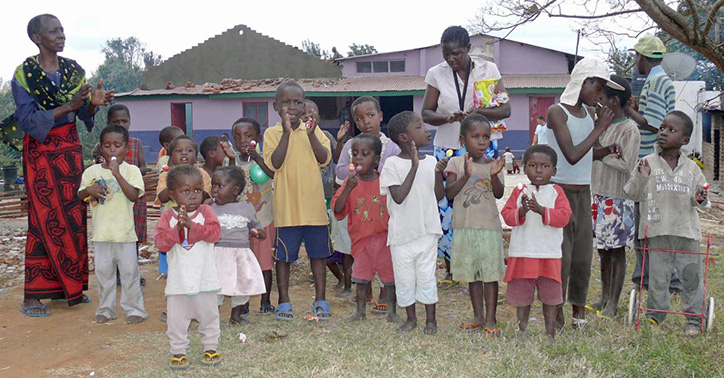 In 2006 Scientists working in Algeria and Israel made an important discovery. What they discovered formed the basis for the conclusion that modern human culture dates back even further than was previously believed - over 100,000 years. That is before Stonehenge was built, before the Ancient Egyptians built the Pyramids, before the Mayan empire rose and fell and long before the statues of Easter Island existed.

But what was this discovery which held the key to the origins of human culture? It was in fact a group of shells which were fairly unremarkable apart from the curious fact that each one had a small hole perforated in it. These holes were painstakingly made by pre-historic man in order to thread the shells onto a string and wear them as a neck piece. What the scientists had found was not only evidence that modern human culture existed as far back as 100,000 years ago, but also the first known example of jewellery.

What this discovery means is that around the same time as humankind started expressing themselves and the world around them via the visual art of cave painting, they also started adorning their bodies with hand-made jewellery. This means that jewellery is one of the most important and symbolic human gestures possible. Jewellery in this sense is a vital need, a tool used to communicate important events, precious people and as a symbol of love and a celebration of the individual body as the centre for such important gestures to be placed on.

It is no wonder then that since its first expression as a shell necklace jewellery has gone on to be celebrated throughout the ages. Craftsmanship and the use of precious stones and metals has become more elaborate and sophisticated. Diamonds, gold and platinum are commonly regarded as the most precious and long-lasting materials in the world and so it is fitting that modern jewellery design uses them in the most symbolic forms of jewellery; in engagement, wedding and eternity rings. Making them into eternal, precious and rare symbols of love and commitment.

The way that modern jewellery is designed is also a reflection of its symbolic importance. Jewellery is a personal expression and this is evident in the wonderful stories we hear every day from our commission customers. Many customers come to us with the wish to use their own stones, as was the case for Lisa and David whose beautiful engagement ring is pictured bellow. This platinum ring was created by our designer Rebecca and its bespoke design meant she was able to incorporate Lisa's own diamonds which she had inherited from her mother and grandmother. Its symbolic nature means that although jewellery is precious, it is something which goes beyond monetary value.

The beauty of our bespoke design service is that each ring is designed with the individual customer’s story, inspiration and budget in mind allowing for endless possibilities and for us to continue making meaningful jewellery for another 100,000 years…