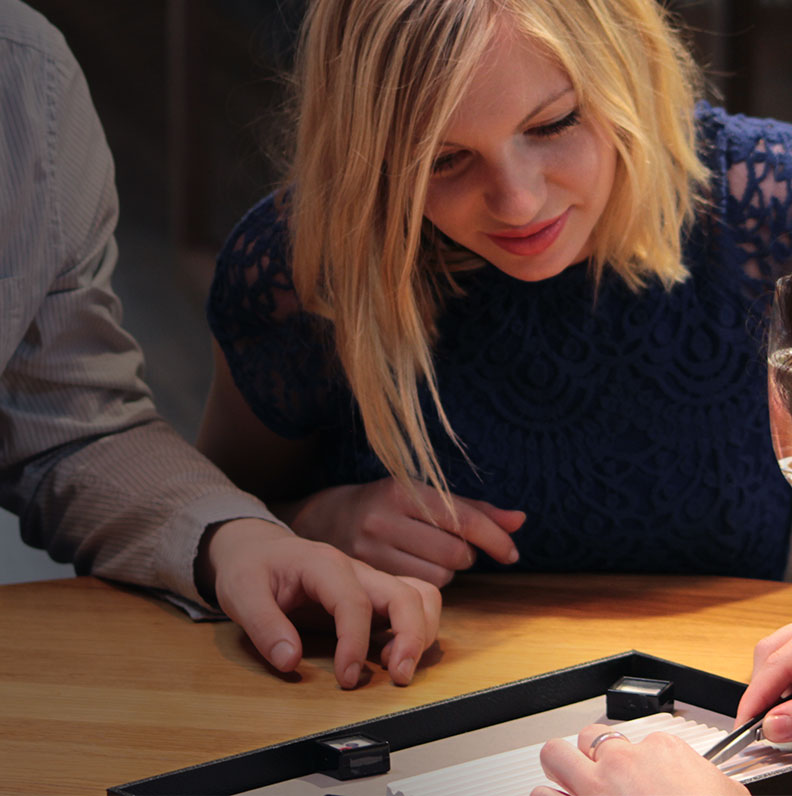 Early in the reign of Queen Victoria (around about the middle of the 19th Century) the romantic movement was at its height and this is clearly evident in the jewellery of the period. Nature was a prime inspiration as were materials like turquoise, jade and ivory and the technique of guilding was popular too. Pretty items of jewellery such as brooches and bracelets were all the rage and the style was very ornate.

Gothic revival jewellery arrived on the scene as styles harked back to medieval shapes and motifs - crosses and quatrefoils were popular.

Around this time, gold was being discovered in California and this meant that, with the emergence of the middle classes, more and more people could afford to wear jewellery. The great amount of jewellery for sale in antiques shops and fairs shows this clearly.

As the century progressed, the emphasis was more on science and technology and jewellery became bolder, with many mourning rings and mourning jewellery of the period revealing this style. Mourning jewellery itself is something very synonymous with Victorian jewellery - the use of black stones such as onyx and jet were commonly used.

Victorian sentimental jewellery is a style that greatly interests Harriet - she likes to take ideas from this period and reinvent them in a more up to date way. Harriet's 'Mizpah' rings are a good example of this. Mizpah brooches were popular at the time - lovers gave them to each other when they were about to be parted by events such as wars. From the book of Genesis in the Old Testament of the bible, the quote is 'And Mizpah; for he said, The Lord watch between me and thee when we are absent, one from the other'.

Forget-me-not flowers were used in symbolic ways in jewellery from this period and Harriet has designed a number of engagement rings that draw upon this idea. Blue Ceylon sapphires represent the blue of the forget-me-not flower.

'Regard' rings were also popular - 6 stones whose names begin with the letters of the word 'regard' as well as pave set stones (very popular now) and star or grain set stones.